Lux Restaurant is the perfect combination of local, seasonal and personal dishes by the chef Ala’a Musa, served in an eye-catching and casual place. The motto of the new Lux restaurant is that excellent food can also be eaten in a happy and pleasant atmosphere.

Culinary enthusiasts know chef Ala’a Musa from Elmarsa restaurant in Acre, which he owned till the year 2019. Musa started at Dan Gourmet and worked in several Tel Aviv restaurants. He later moved to Sweden, where he worked in Michelin-starred restaurants, such as La Rose and F12. Finally, he returned to his hometown, Acre. 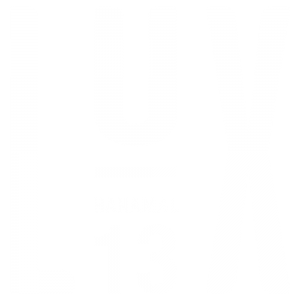 Musa’s partner, Ahmad Asadi, who has a rich culinary background as well, knows Musa since youth, when they both worked together at the Uri Bury restaurant. The two have a common culinary language and a desire to create a fun and engaging entertainment experience for culinary enthusiasts.

Musa’s partner, Ahmad Asadi, who has a rich culinary background as well, knows Musa since youth, when they both worked together at the Uri Bury restaurant. The two have a common culinary language and a desire to create a fun and engaging entertainment experience for culinary enthusiasts.

The new Lux restaurant is up-to-date, young yet festive.

At the center of the restaurant is a central bar, which has an open kitchen where the cooks work in front of those sitting at the bar.

There are also tables available in different styles that can serve various types of diners, such as a couple on a romantic date, a friends’ night out, or a dinner party with the family.

Chef Ala’a Musa began his career as a dishwasher when he was only 15 years old. He worked in a well-known restaurant in Acre city, where he first learned about fish and sea food.

After a short time, due to his great talent and high motivation, he caught the chef’s eye, and moved to work as an apprentice to one of the restaurant’s cooks. He learned the profession from experience in the field, step by step from A to Z. At the same time, he began to study the art of cooking at the culinary school Dan Gourmet in Haifa.

After graduating, he decided to head south to the city of Eilat and do his internship in the city hotels. He first worked at the Royal Beach Hotel, which was one of the leading hotels in the city. He then moved to Tel Aviv and started working at Chef Daniel Zach’s restaurant, Carmela Banahala. Shortly and while he was only 20 years old, Musa was appointed chef of the restaurant.

Musa continued his love for the kitchen, only this time he did so abroad. He spent five years in Sweden where he worked in a three different Michelin-starred restaurants, such as the French restaurant “opera ke llaren“, a European fusion restaurant called “F12“, and “La rose” that changed it menus on a weekly basis and required the chefs to be extremely creative.

After four years, he decided to return to his native city of Acre and fulfill his childhood dream to open his own restaurant. In 2012, he and his partner opened the chef’s restaurant and Mediterranean bistro “Elmarsa – The Anchorage”, bringing the fragrances of the sea directly to the plate, facing a breathtaking panoramic view of the fishing boats and old city walls.

In 2018 another dream has been fulfilled, when Chef Ala’a Musa opened his second restaurant “Lux” in the old parts of Haifa city. The motto of Lux is that excellent food can also be eaten in a happy and pleasant atmosphere.